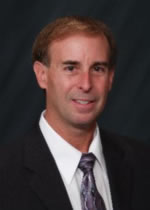 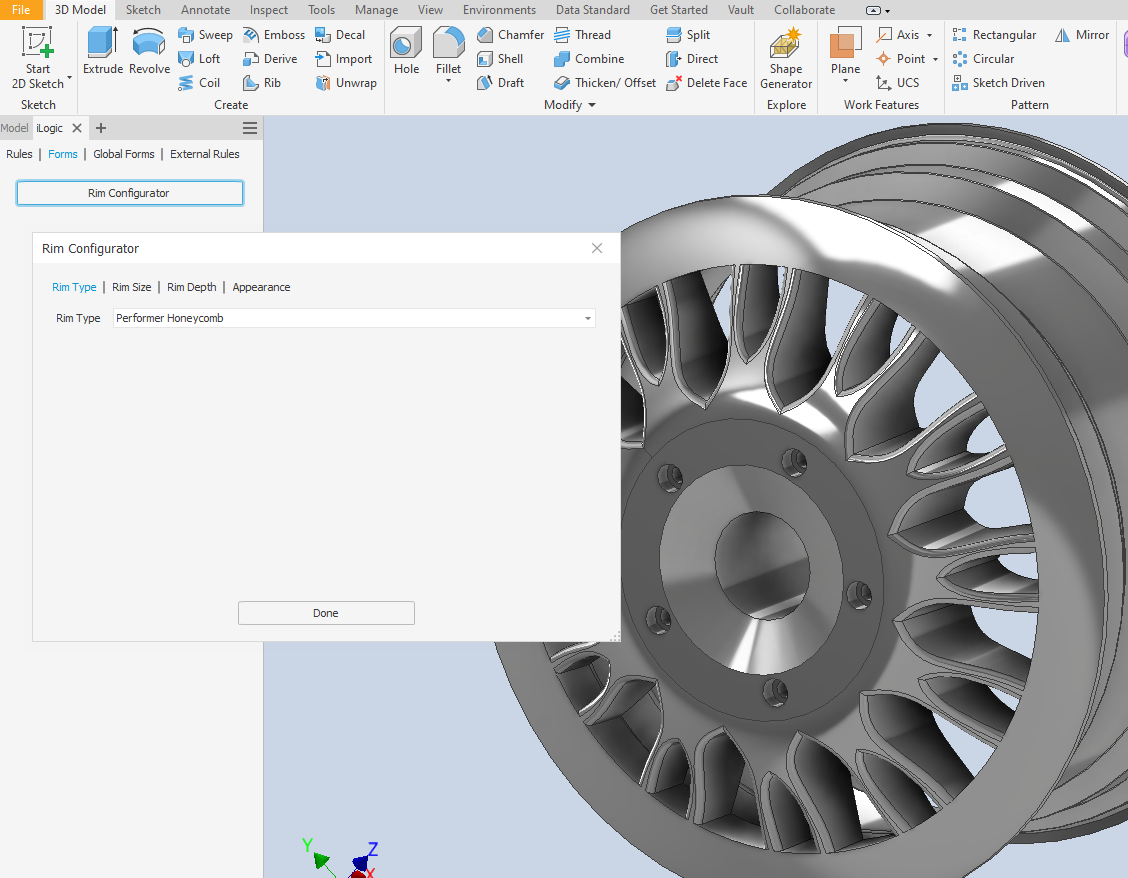 In this short introduction to iLogic, we would like to give you some ideas on getting started with Inventor iLogic and how to use some common rules and forms. The example shown here is an automotive rim controlled by iLogic rules. This Inventor part actually represents several different types and sizes of rims. 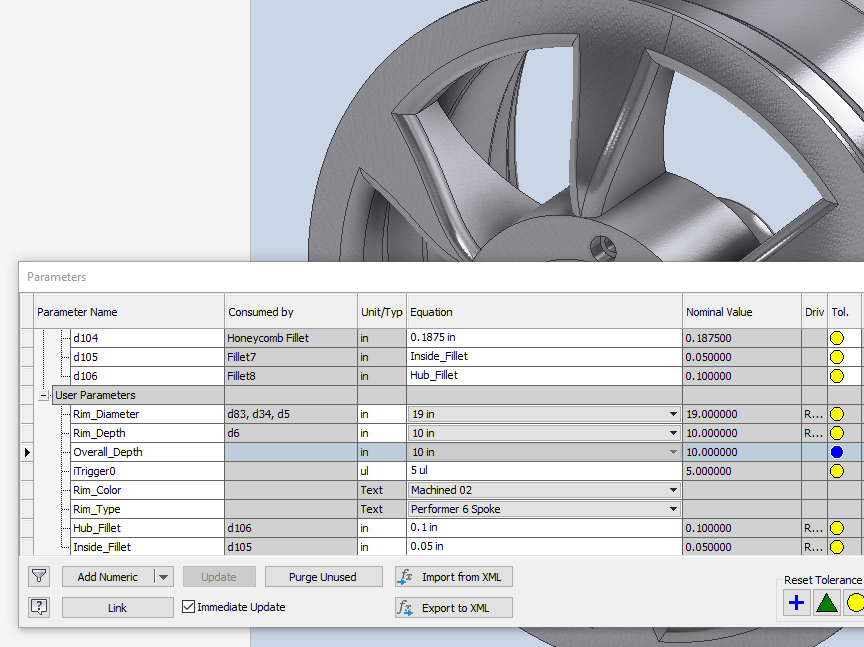 Next, you can create iLogic rules to vary the model. A common iLogic rule uses “If-Then” statements. In this example, Inventor parameters are set to appropriate values in an iLogic rule. 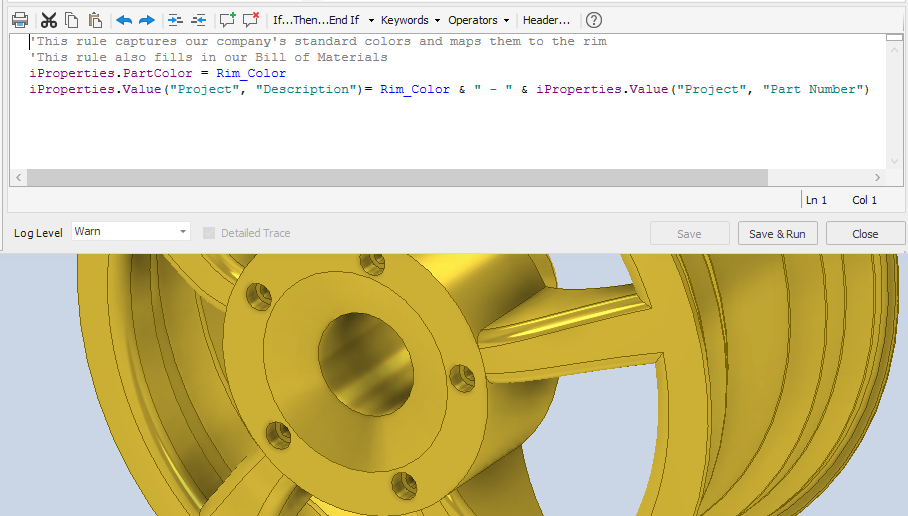 After iLogic rules are created, a "Configuration Form" can be designed so that any user or customer can quickly determine all the different available configurations. In this example, a Form was created to capture four properties of the rim: “Rim Type, Rim Size, Rim Depth, and Appearance." 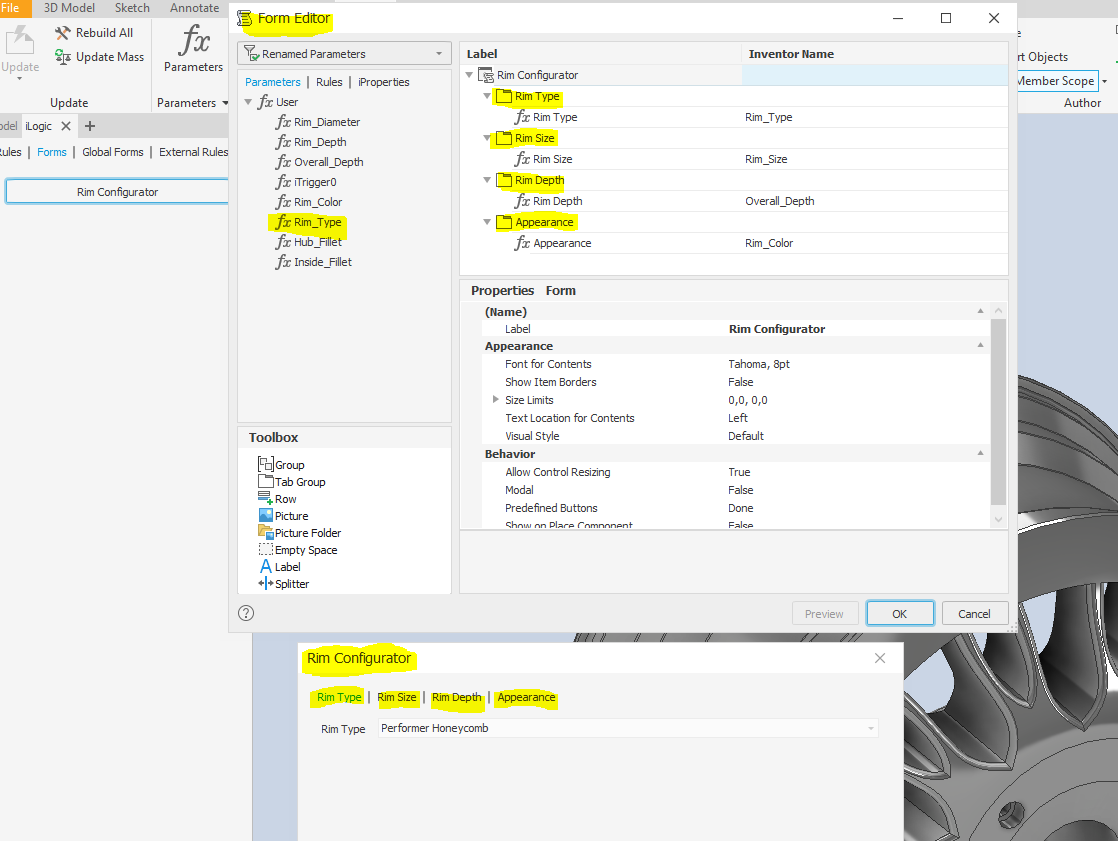 The result is a configuration form to show the variety of the products that you offer: 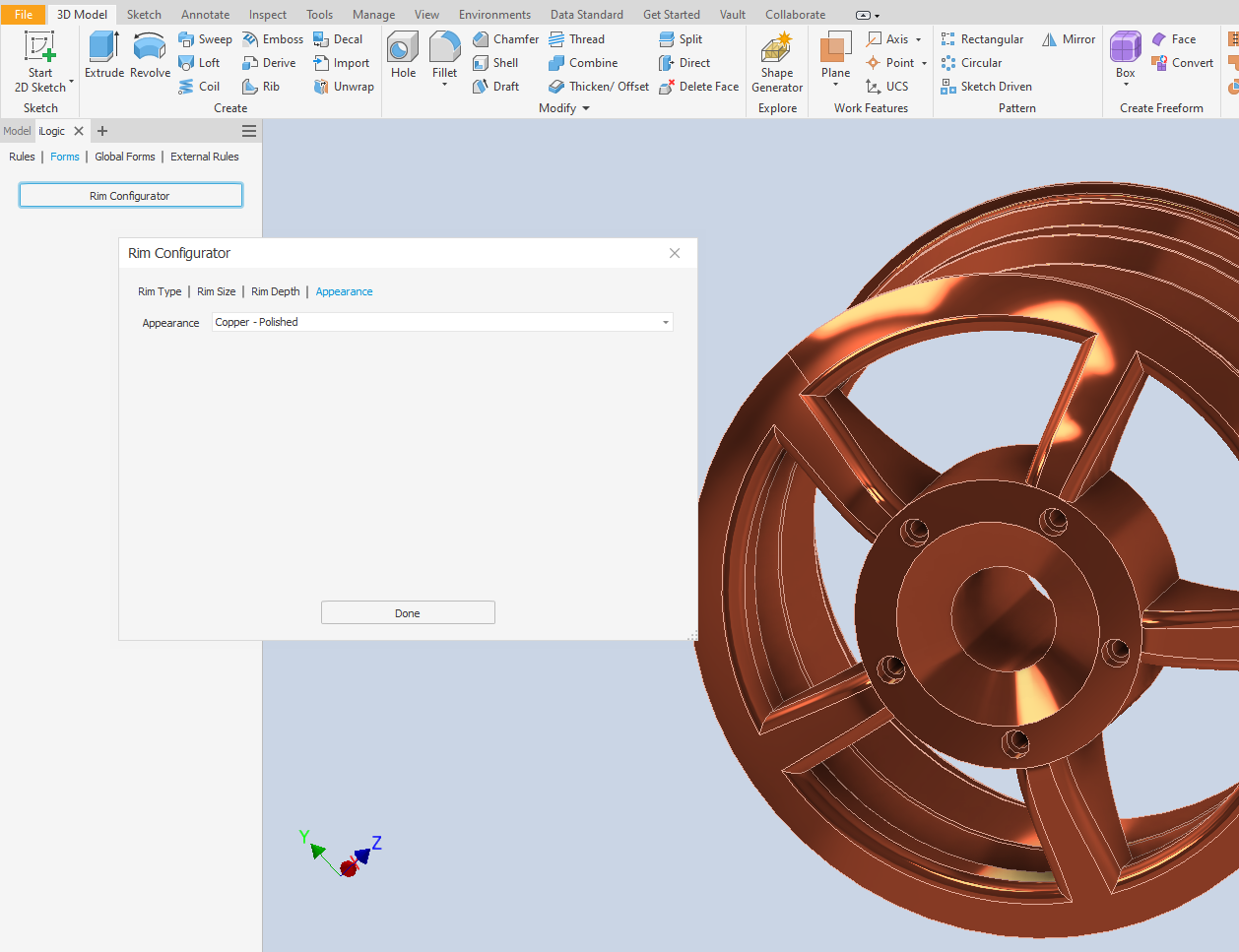 Hopefully, this short example will give you some ideas on using Inventor iLogic to create your configurations. Good Luck!