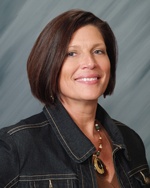 Note:
When setting up the install of Revit 2017.1 update, confirm that the checkbox for Collaboration is enabled. You may see several pop-up windows as various components are downloaded and installed.  When the installer completes, you will see a splash screen confirming that Autodesk BIM 360 TEAM, Collaboration for Revit and Autodesk Personal Accelerator for Revit have been successfully installed. At this point, your Autodesk Revit has been updated and is ready for use.
You will need the appropriate entitlements to access the new functionality.