Working from Home and Connecting to Corporate Data 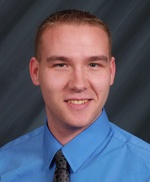 This document is meant to detail the different potential methods for connecting to corporate data outside the local area network (LAN). While several different methods are discussed, it is ultimately up to each company’s infrastructure, network security, and software that is installed to determine which methodology is best for overall success.

Connecting When Not in the Office

When situations arise, it might become necessary to connect to your company, whether traveling offsite to visit customers, going on vacation, or a global pandemic has forced everyone underground. Even if you think you’ve prepared and brought your workstation home, you may find yourself in a tricky predicament:

To keep unpleasant people out, and to protect valuable corporate data, a firewall is almost always in place. When this happens, access to important data will not be accessible, and there are several ways to approach it. In the following, we will discuss the pros and cons of each way, and discuss how Vault can help in these situations.

The idea behind a VPN is to extend the corporate network to envelop outside machines, wich would allow those computers access to anything the authenticated users would typically have access to:

In this environment, even if you are sitting at home, on the beach, or in the bunker, your workstation looks, acts and feels as though it is at work (at the office). There is usually a limitation with this method, however, which is that the connection speed through a VPN connection is, on average, 1/2 to 1/5th the connection speed compared to being in the Local Area Network. This can have some extremely negative effects while working within Inventor. For example, when a large dataset is open, the local workstation and the server are sending large packets of data back and forth constantly, affecting the performance of the software. The other potential downside to using a VPN tunnel is that all network locations should be connected before starting AutoCAD or Inventor to ensure all file paths resolve properly. This step may NOT happen automatically as users are typically accustomed to. In our experience, the Windows VPN tool is throttled back so much that using Inventor for anything more than single parts or small assemblies is not feasible.

Same Setup, but with Vault

Given that your IT has allowed you to take your workstation home, and you are able to VPN into the Network, the Vault really shines here. The general idea is:

With this workflow, the only network communications that take place are at the beginning and end. Once you have ownership, the files are copied to your local workspace.

The downside to this process is that downloading large datasets can take a long time over a VPN connection (but if you downloaded them before you left…). Additionally, having to build “work from home” setups can be tricky to implement hastily.

“Remoting” into a Workstation

There are several tools available that would allow you to “remote” into a workstation, basically from anywhere. Tools such as TeamViewer, LogMeIn, and even Windows Remote Desktop can allow users the ability to get into their computers. Since the only thing transferred over the connection is the display, keyboard, and mouse inputs, the overall load is far less. Some of these tools don’t even require access through the firewall:

The other advantage to this setup is that the licensing doesn’t change, you simply aren’t in your seat; you’re in a different seat, on a beach or underground. The disadvantage is that some of these tools do require IT security to allow them to run properly. Additionally, in some instances, User Security is not set appropriately set, and upon using remoting tools, the software doesn’t start, run correctly, or closes when the security runs into problems.

Several Autodesk applications need to access support files – for example, Inventor’s Design Data folder and AutoCAD Electrical’s symbol libraries and catalog.  If these support files are accessed from a network share when in the office, CAD software performance can decline significantly once you’re working over a VPN.  Here are some examples:

If these are aimed at a network location, they will stop working properly. To remedy this during disconnects, copy the IPJ, reset the paths to look for local locations, and use it during off-site times.

Aside from performance issues, if you use multi-user (i.e. network) licensing, you may have trouble accessing or maintaining a network license - especially in instances where connectivity is very slow.

If your computer can talk to the network license server (e.g., you can successfully ping it), but you cannot get a license (or if license retrieval sometimes works and sometimes doesn’t) you can often add the Environment Variable FLEXLM_TIMEOUT.  This will force the local machine to wait longer to get a license.

You may also want to borrow the license from the server so that if the connection drops or gets disconnected the seat won’t fail mid-work: 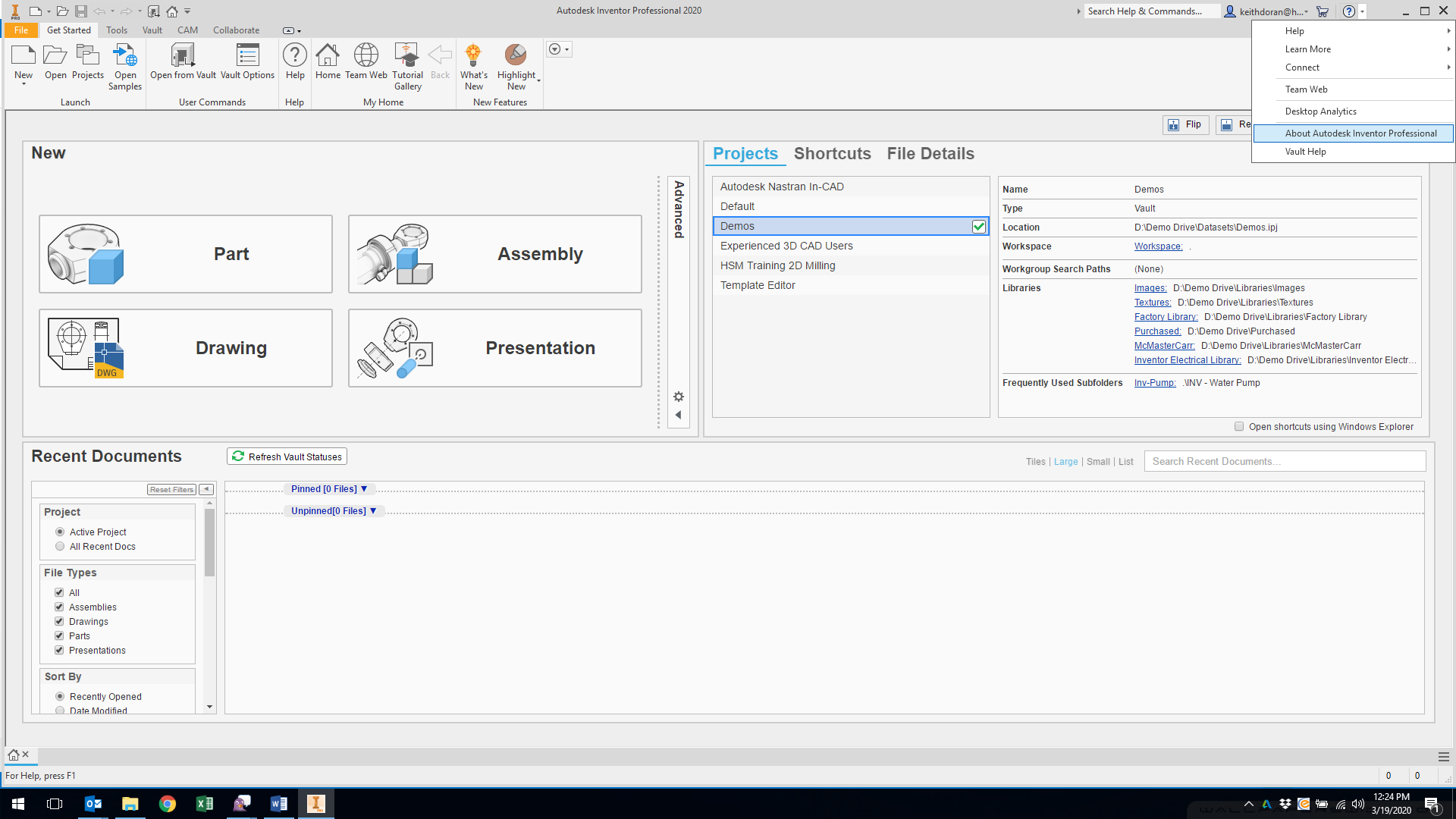 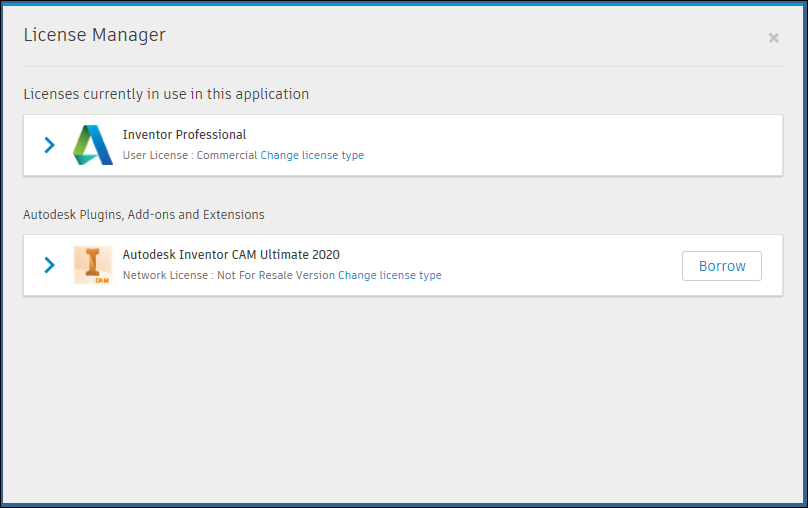 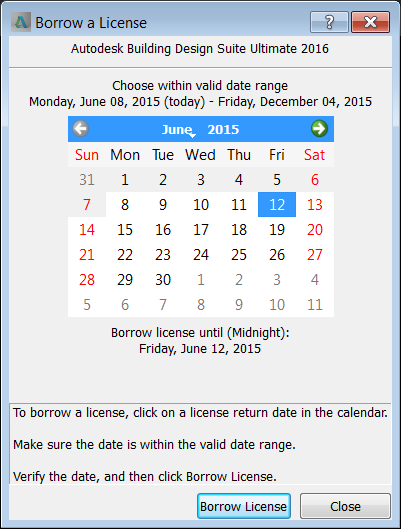 Say, for example, you have a computer at home that is powerful enough to install AutoCAD or Inventor (I know I don’t). When those computers are used, they will want the end-user to activate the software prior to usage. By default, there is a 30 day trial period, but once that runs out, the software will require you to activate it. With the Named User Licensing scheme, you would simply need to sign in and at this point nothing else is required. The Autodesk servers keep track of who you are and where you are signed in.

Home use licensing can also be requested for Multi-User licenses. Autodesk will provide a companion serial number to be used to activate the product on home machines. These licenses are good for a year and can be extended on request. Here is a link that explains how to request Home Use licenses.

In closing, getting access to your content while not on-site, while still possible, poses many different routes you can take. We like the idea of remoting into our workstations, and using vault, which would give us the ability to work on our couches with a weaker laptop, while still having the full control and usability of Vault at my disposal. Speak with your IT support group and stay connected, and stay safe out there.